Heading to The Valley

As you already know desert landscape is very common in south western USA. For this reason we will stick to it for now and visit one of the extreme places on the planet – the Death Valley. Already the name is a kind of a warning for those who venture there unprepared. After all, the deserts are no very friendly places for humans. And if you do decide to visit one of the hottest deserts on earth you better be prepared for it. If you are looking for such extere heat coditions visiting Death Valley is way easier than visiting Lut Desert – Death Valley’s most significant challenger for the title of the World’s hottest place.

Ok, let’s head to the valley then. Don’t forget to bring some water. Actually, bring A LOT of water. And shades. And sunblock. And more water… 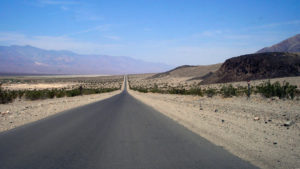 First sight on our way: military base! Look out for the tanks and other heavy equipment! 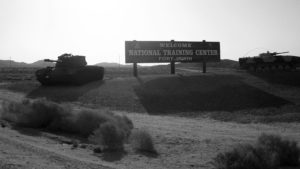 The western part of North America was popular with the settlers in the nineteenth and beginning of the twentieth century. The region was sparsely populated but when the news of gold reached the public the west and California in particular became one of the fastest growing parts of the new country (remember that USA was founded in the second half of eighteenth century). The gold-seekers (called forty-niners – from the year 1849) quickly changed the social landscape of the south-west. Because of this today we can still see what is left after the “gold rush” has ended. It translates into abandoned mines, ghost towns but also industrialisation and wealth.

Here are some reminders of the “golden” era: 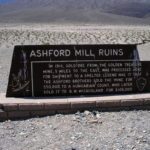 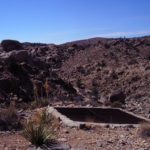 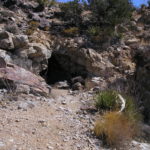 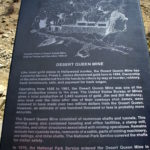 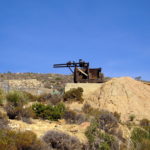 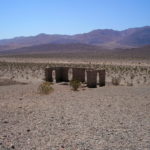 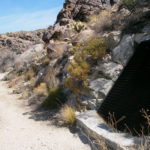 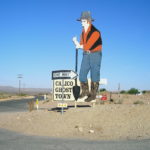 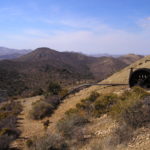 Just a short explanation: some of these photos were taken in the place that we already visited: Joshua Tree National Park. This just proves the point that the gold rush in the West (or Wild West) was not limited to a small single region. And it wasn’t in the USA only either. Probably the most famous of all is the Klondike gold rush. Klondike is a region in Yukon, Canada. But this is a story for another post…

So there you have it, on the way to the valley but we are not there yet. In the next post we will have a look at some bad water – I can assure you this is in the Death Valley.