Remember the mountains in South Dakota? The ones that have the presidents’ heads AND an Indian chief monuments? The Black Hills… Well, obviously these are not the only mountains on the American soil and not the only place where you can find traces of native Americans. Arizona too was populated long before the explorers from Europe arrived here. Not only was it populated but also some places have been deserted even before they arrived.

Today we will look at one of such places. It is called Montezuma Castle. It is located in Camp Verde in Arizona and is a well preserved example of cliff dwellings in North America. What is also interesting is the fact that according to  Wikipedia both parts of the name are incorrect. Well, the castle is not actually a castle and it has nothing to do with Montezuma. Read more about it on the Wikipedia page here.

So, even though it’s not a castle, this structure is a remarkable piece of architecture. It has been carved directly in a limestone cliff. And considering the fact that it’s estimated to be 800 years old it’s in immaculate condition. (Did that sound like a quote from an estate agency ad? Well, the property is not for sale.) The National Parks Service website asks a fair question: Would Your House Look This Good 800 Years From Now? 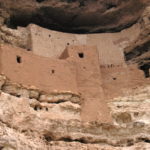 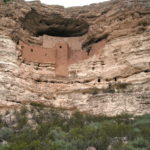 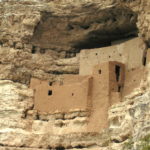 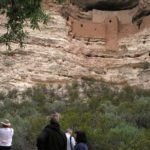 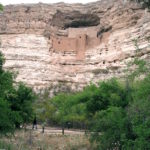 So as you can see Arizona is not only the Grand Canyon. There are many other interesting places here. Do your research (or ask me) and I’m sure you will find more interesting things to do in Arizona. Or maybe you will uncover some lost paths there… 😉

Since we have just seen a great monument why not see another place that also has a “monument” in its name: Monument Valley. 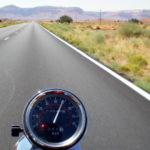 On a dark and lonesome highway… 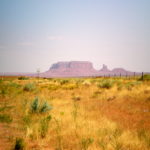 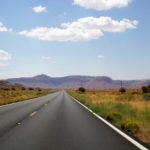 Ok, ok, I admit – the highway is not dark. But it sure is lonesome…

We will see where it takes us in the next post.